Since cycling has finally returned to the roads to fix the craves of longing fans, one bike has established itself – by far and away – as the top performer in the whole World of cycling: it was Bianchi Oltre XR4.

Indeed, along with the riders of Team Jumbo-Visma, the top-performance road model by Bianchi has already secured nine victories in roughly 20 days, including the Classic gems by Wout Van Aert at Strade Bianche and Milano-Sanremo.

As the Belgian keeps his winning ways in France, Primoz Roglic is confidently leading the charge to the Tour de France after setting the tone with a resounding overall victory at Tour de l'Ain and taking a stage and the leader's jersey at Dauphiné. In Italy, George Bennett's daring move was rewarded by victory in scenic Gran Piemonte.

These days, it seems whoever looks to secure big results in cycling must try and manage to leave the Celeste arrows behind. And this is proving to be a challenging feat. 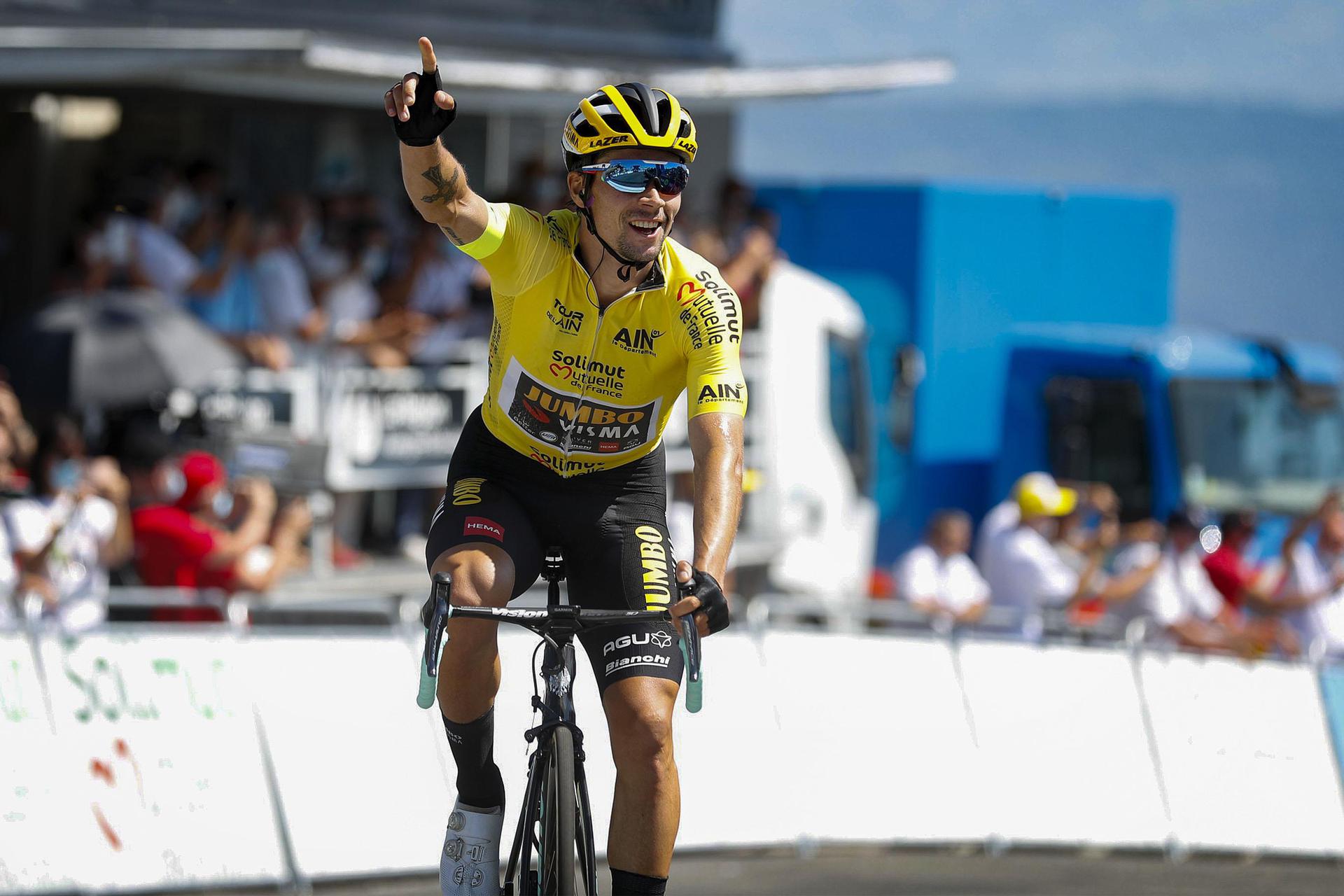 Primoz Roglic's performance at the Tour de l'Ain - held from Friday August 7th to Sunday 9th 2020 - sent a strong and clear message to his fellow Tour de France contenders: the Team Jumbo-Visma Slovenian is in great shape on the way to his main seasonal goal. After the second place in the sprint of stage 1, the Slovenian National Champion claimed two victories in the following days with his Oltre XR4, beating the Grande Boucle's defending champion Egan Bernal on two successive summit finishes and sealing the overall classification.

On Saturday August 8th, 2020, Roglic took victory in the second stage, 140,5 km from Lagnieu to Lélex Monts-Jura. Thanks to a strong performance by his teammates, the Slovenian rider managed to leave the rest of the leading group behind the sprint. The day after, the Team Jumbo-Visma rider gave an encore in stage 3, 144,5 km from Saint-Vulbas to Grand Colombier, one of the most challenging climbs in the Jura. Roglic won the Tour de l'Ain by 18 seconds ahead of Bernal. 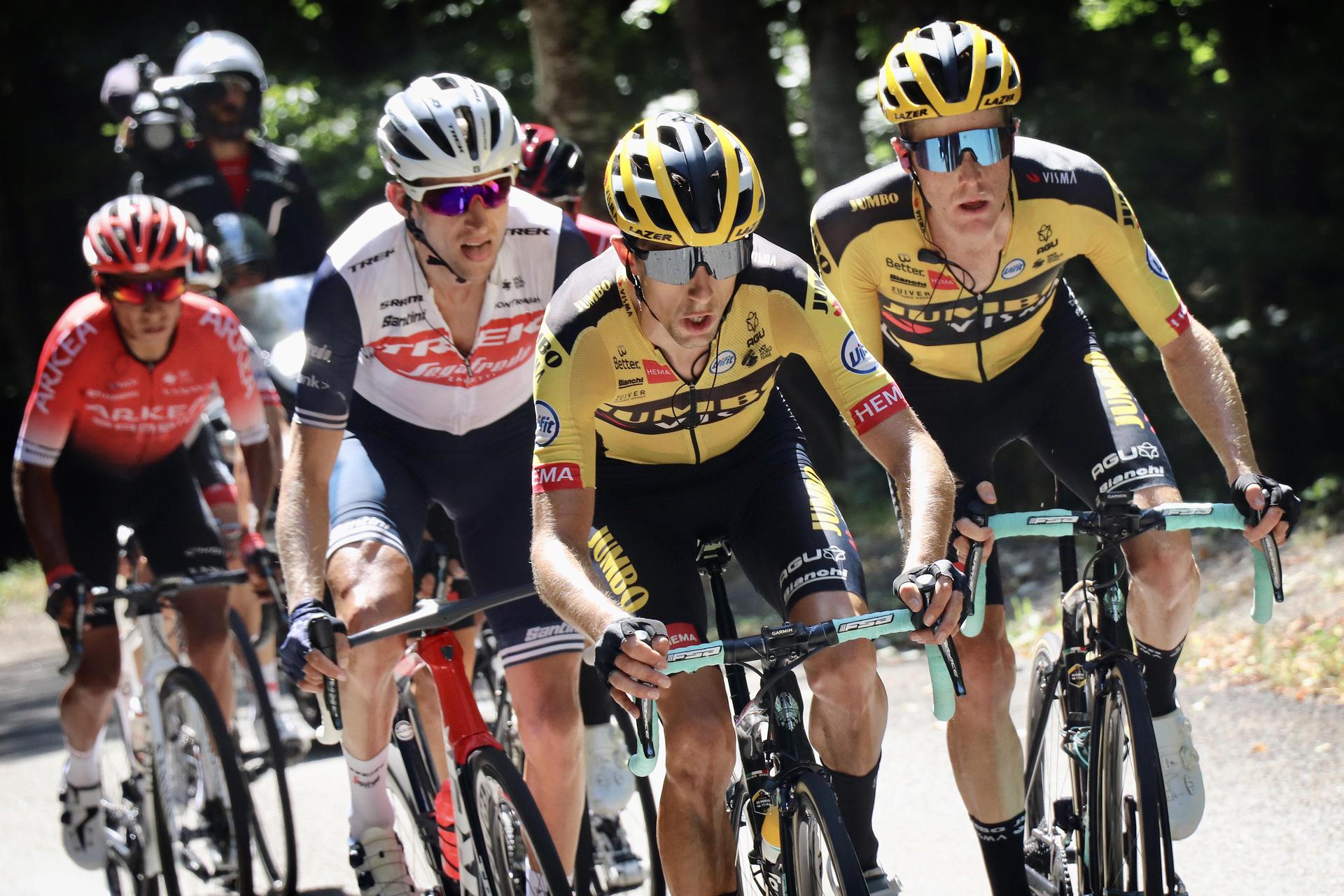 In addition to Roglic's overall victory, Steven Kruijswijk and George Bennett also finished within the top five of the general classification (in 4th and 5th place). Dutch Tom Dumoulin showed a growing condition, helping Roglic in the toughest stages.

The excellent Primoz Roglic shape was also confirmed in the early stages of Critérium du Dauphiné. After hitting

the top ten on the opening stage, the Slovenian rider stamped his authority in the second stage, 135 km from Vienne to Col de Porte on Thursday August 13th, 2020. Roglic left the other favourites in his wake with a powerful seated attack with 700 metres to go, taking over the leader's jersey. 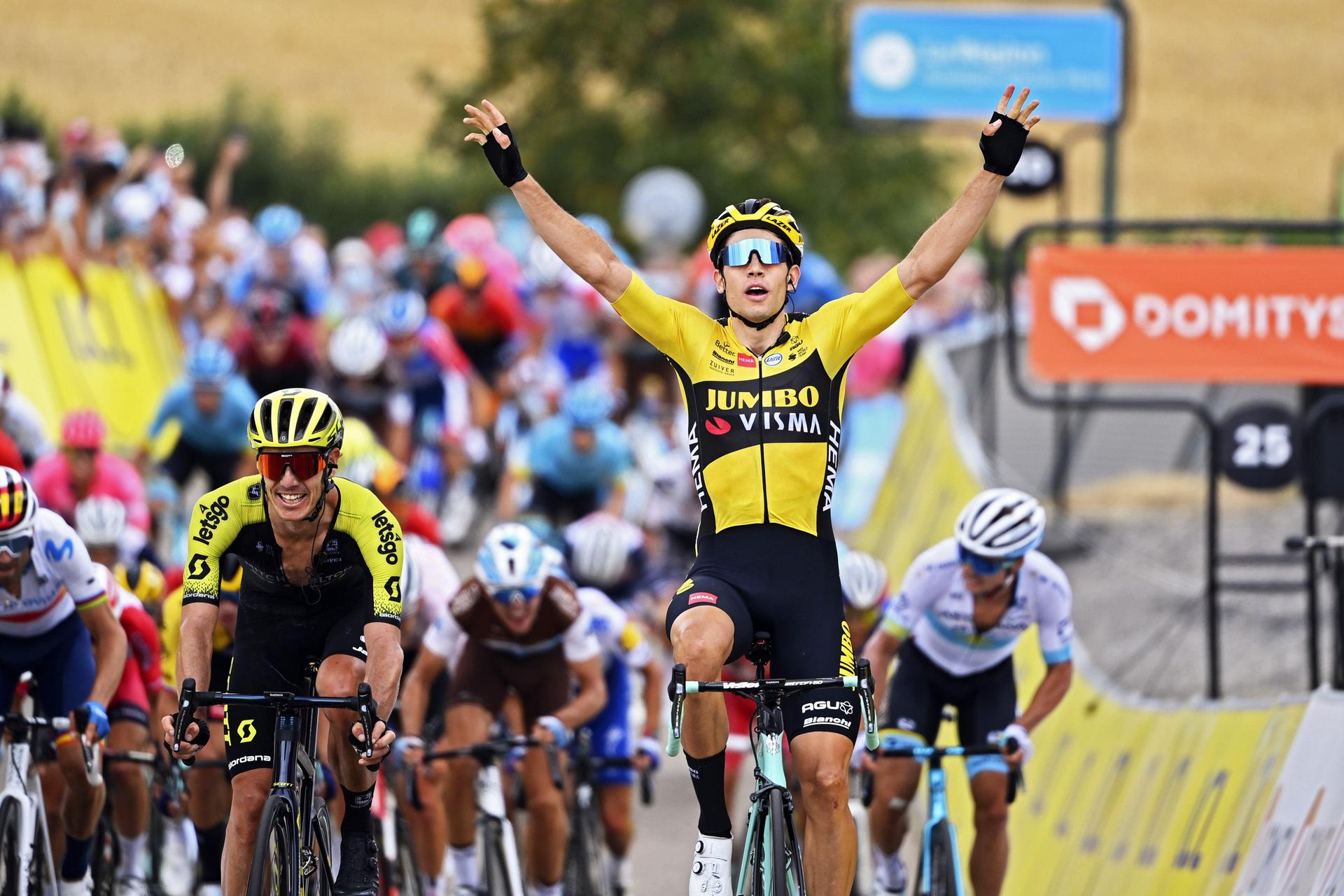 Wout Van Aert had an incredible week with the Strade Bianche and Milano-Sanremo one-two in only seven days. The Team Jumbo-Visma rider continued his magic moment with the victory in the first stage of Critérium du Dauphiné, 218,5 km from Clermont-Ferrand to Saint-Christo-en-Jarez. The Belgian rider managed to hold off Daryl Impey and Egan Bernal in the punchy final sprint, confirming to be the strongest rider at the moment, striking with the fastest bike, Bianchi Oltre XR4.

Previously, Van Aert had also earned the third step of the podium in Milano-Torino, on Wednesday August 5th, 2020. In Italy's oldest Classic, 198 km from Mesero to Stupinigi, Van Aert engaged in a bunch sprint, finishing third behind two top sprinters like Arnaud Démare and Caleb Ewan. Either uphill or sprint finish, Oltre XR4 is always up there – as no less than eight wins after the season's restart stand to show. 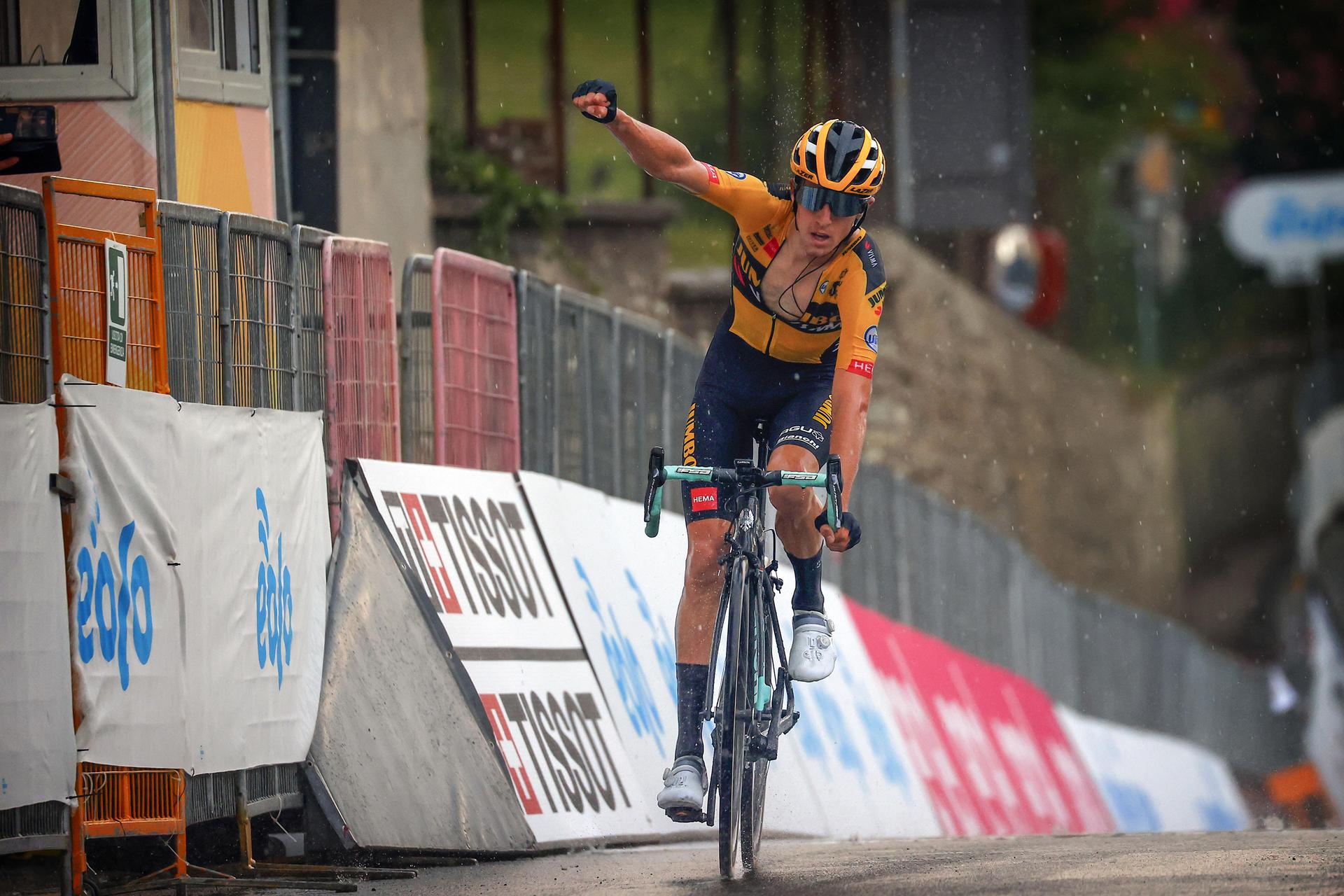 George Bennett won Italian classic race Gran Piemonte, 187 km from Santo Stefano Belbo to Barolo on Wednesday August 12th, 2020. The Team Jumbo-Visma rider boosted away from the front group near the top of the La Morra climb with 7 kilometres remaining. After increasing the gap in the descent, Bennett survived a late push by Diego Ulissi, crossing the finish line with his Oltre XR4 just ahead of the Italian rider.

Gran Piemonte's win is the second pro victory of Bennett's career. The Kiwi rider will stay in Italy and lead the Team Jumbo-Visma in Saturday's Il Lombardia before to be a top lieutenant for the team leaders at the upcoming Tour de France. 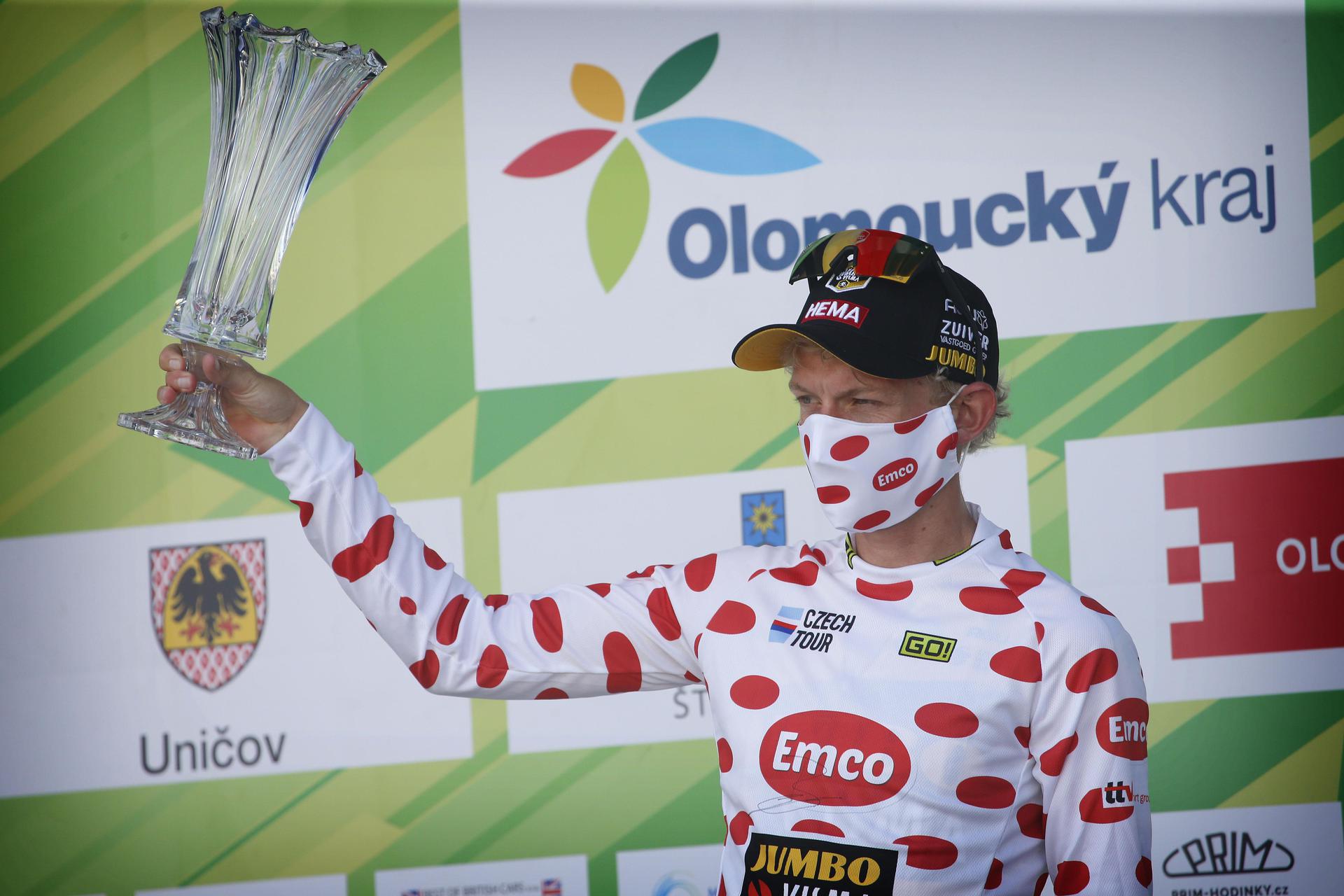