In the wake of an early 2020 season raced at the highest level, enriched by 14 wins, including Strade Bianche and Milano-Sanremo, Bianchi looks with confidence at the Tour de France with World Tour Team Jumbo-Visma.

Bianchi Oltre XR4, the top-performing bike in cycling so far in 2020, intends to confirm its status in the 107th edition of the most important cycling event in the World, starting in Nice on Saturday August 29th and ending in Paris on Sunday September 20th.

Equipped with Oltre XR4 and Aquila CV (for time-trial), the Team Jumbo-Visma leaders will be at the ‘Grand Départ’ in Nice with clear ambitions of wearing the yellow jersey in Paris’ Champs Elysees. 2019 Vuelta a España’s winner, Slovenian Primoz Roglic will start the Tour de France as leader after impressing early in this 2020, flanked by Tom Dumoulin and Wout Van Aert, the winner of Strade Bianche and Milano-Sanremo. 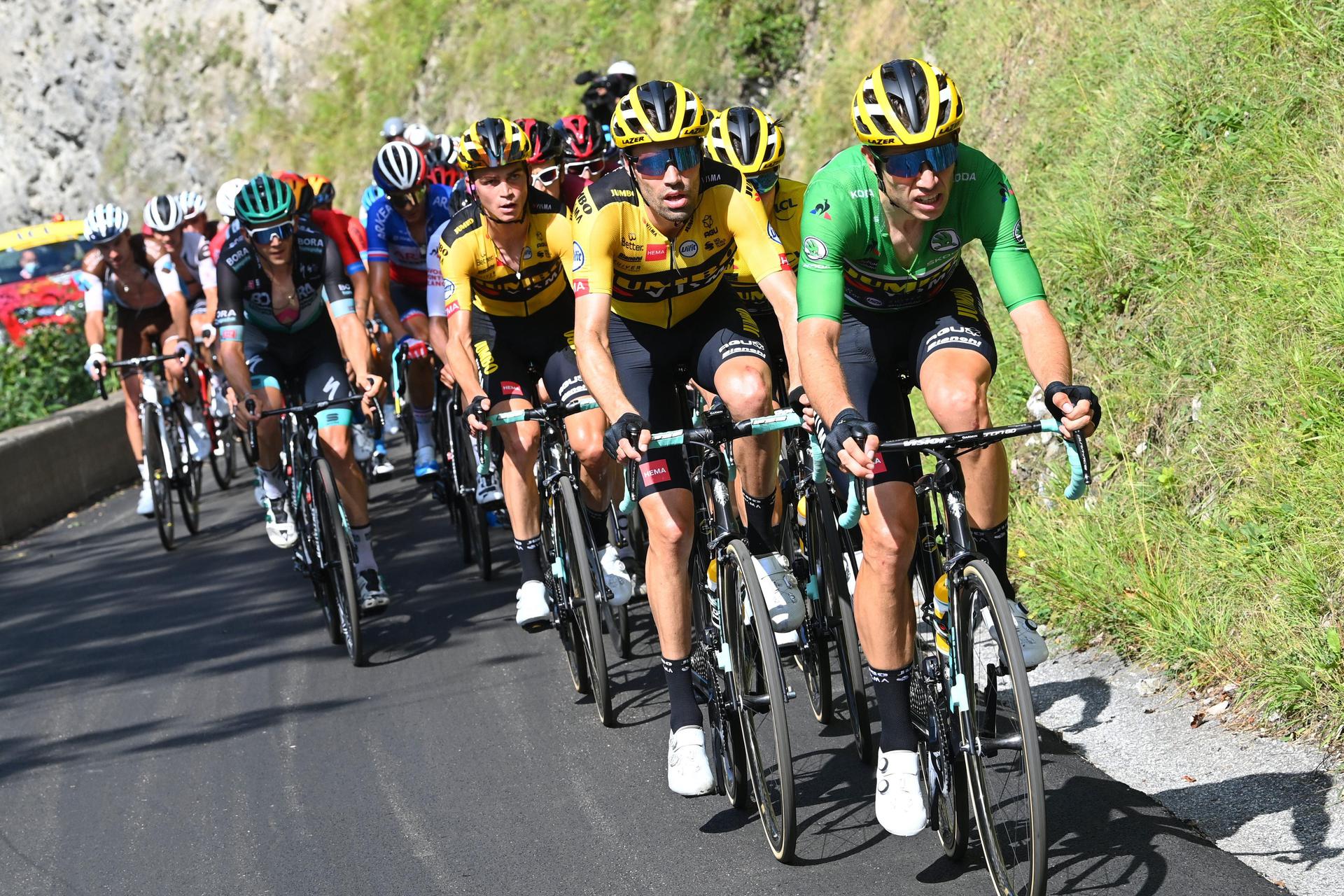 Since 1885, Bianchi helps Champions to make racing history thanks to advanced technology and design. Oltre XR4 is the result of this work with a continuous investment in disruptive innovations, material technology and marginal gains approach to make the best bike possible.

Specifically for the Tour de France, Bianchi has developed an unique paint system that significantly reduces the molecular weight of the coating used for Team Jumbo-Visma’s Oltre XR4 – delivered in black color with the iconic celeste Bianchi logos.

Thanks to Bianchi’s special paint system, Primoz Roglic, Tom Dumoulin and other Team Jumbo-Visma riders selected for the Grand Boucle will be able to save up to 80gr on the total weight of the bike, improving the power to weight ratio when climbing. 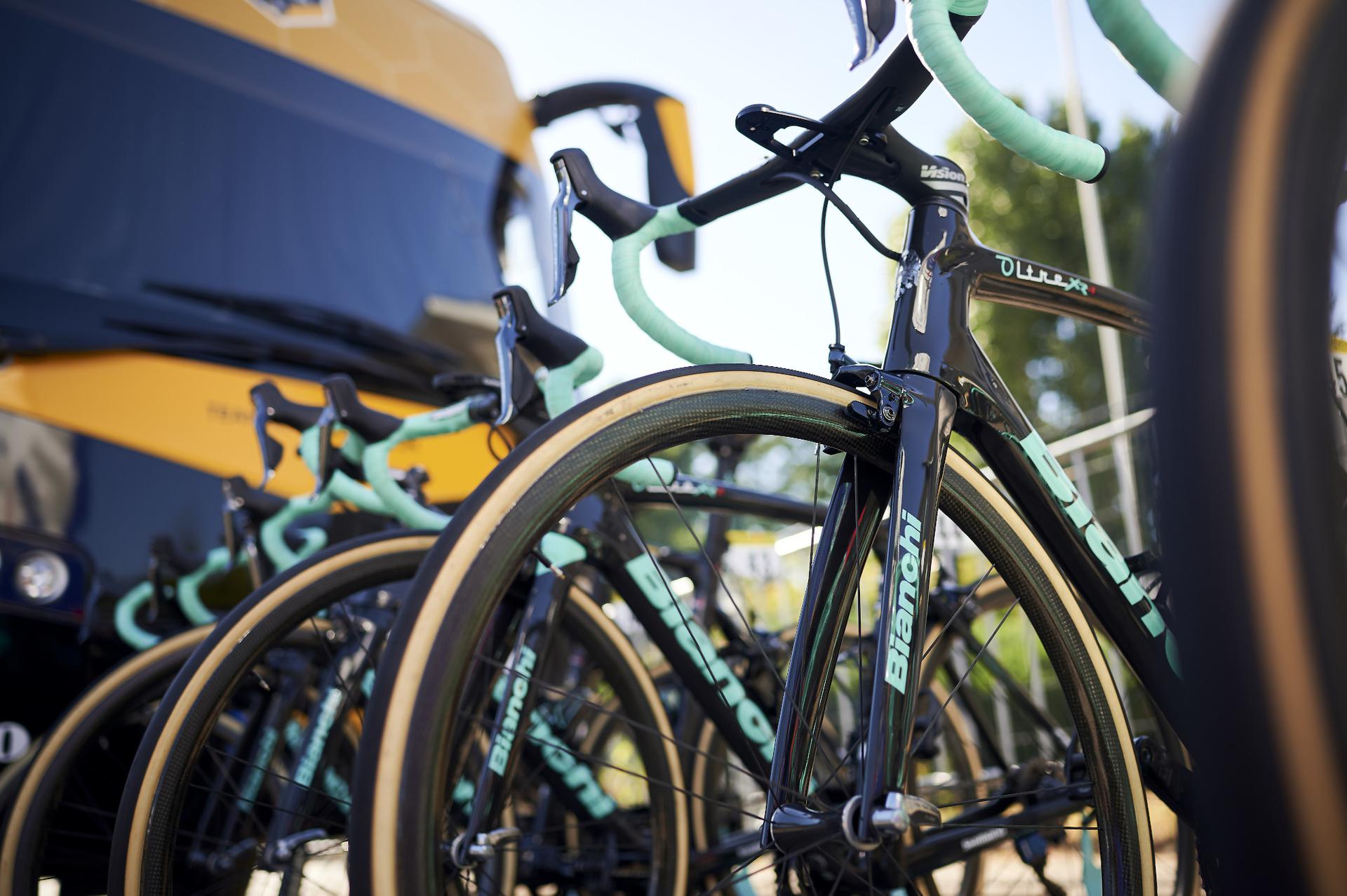 The same paint system will be introduced by Bianchi in some of the upcoming 2021 collection high-end models, bringing to the market a technology tested and developed in race extreme conditions.

Primoz Roglic smashed the competition in the main preparation races in view of the Tour de France. First placed at the Tour de l’Ain and yellow jersey at the Criterium du Dauphiné before retiring due to the consequences of a crash, the 30-year-old athlete from Trbovlje can perform brilliantly both in the time trial stages and on the mountains. 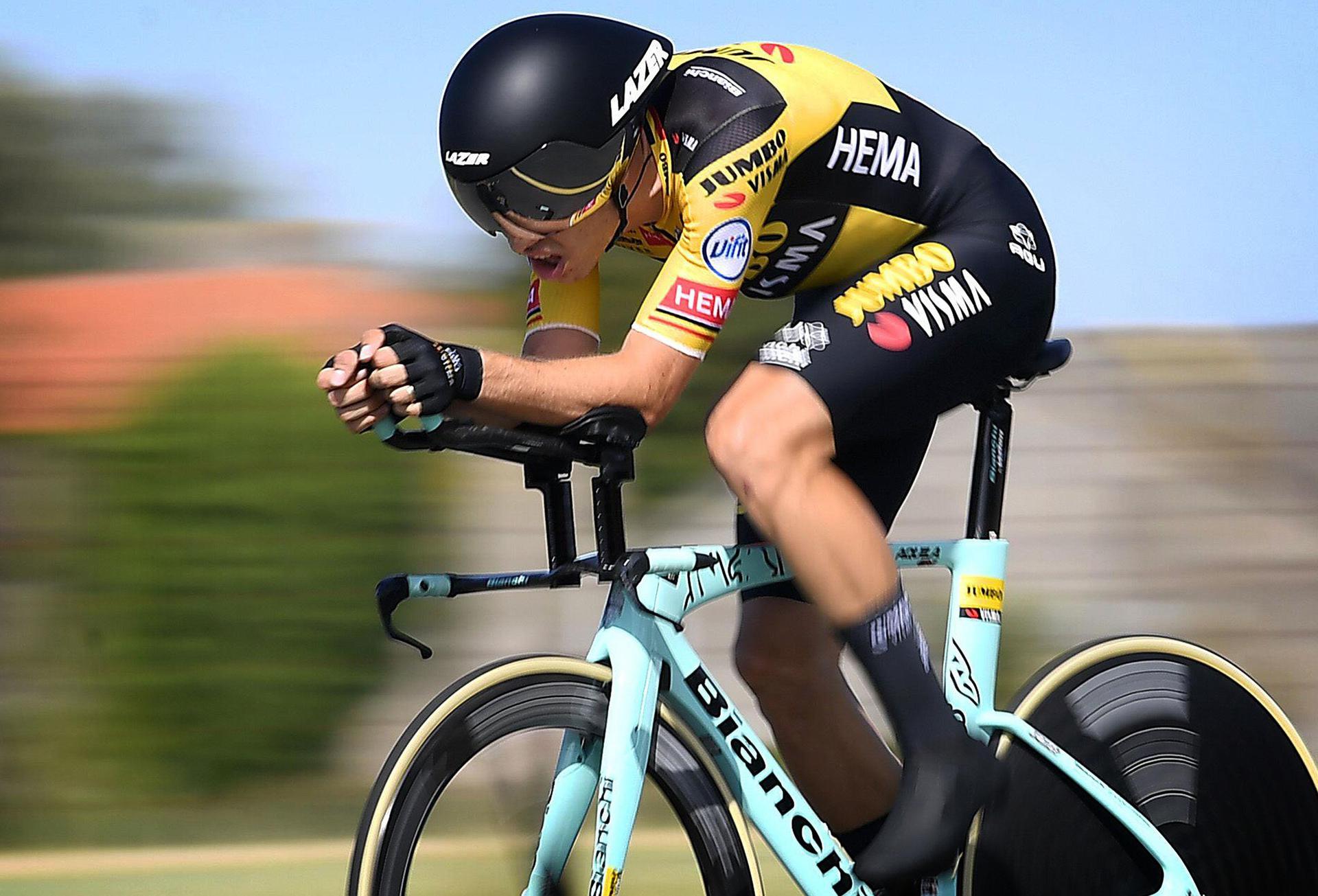 One of the best teams on the international scale will support Roglic, Dumoulin and Van Aert at the Tour de France: